Since we broke up for half term, some of our students have excelled in their sport. The most notable achievement probably has to be the national kick boxing success of year 8 student, Aston Young. He competed in a national event in mid-October and became the WKO Junior English Champion. He trains five days a week and often has double classes to develop his skills and fitness. His kick boxing journey began when he was just five years old and he is a member of The Margate Falcons. Becoming a national champion is an incredible achievement and well deserved due to the high commitment that he shows every day.

Year 10 student Amber Clarke won the London and South East Regional squash championships in October and will be playing in national competitions later this year. Amber is part of our new Sport Scholar group which is supporting a selection of our high performing sports students in years 10 and 11.

We have recently added three talented rugby players to this group. Fin Linch, Aidan Demery and Charlie Barker have started the rugby season in good form and their involvement in county and Saracens development squads is a reward for their commitment.

Our Sixth Form rugby side received some fantastic feedback from the opposition school’s staff at a recent fixture. Their behaviour, discipline and overall attitude was praised and this reflects well on the entire set of players and staff involved in the programme.

Our school football teams have done well in county cups. Three year groups still remain in the competition and the year 11 team are still in two competitions after some resilient performances. Their most recent win came after a penalty shootout victory against a strong Bexley Grammar School side. The year 8 team defeated Dane Court GS 4-2 in extra time and the year 9 side beat Chatham and Clarendon 4-1. Our Sixth Form football academy players have started to run some specialist coaching sessions for some of the girls in the middle school to develop their games further.

Sixth Form student, Charlotte Page, competed in the national show jumping finals at The Horse of The Year Show at the NEC in October. It was a great success for Chloe and she achieved top five placings in both of the competitions that she entered.

Another one of our sport scholars, Gaia Jennings, competed at the South East Regional Gymnastics Championships recently. Despite two years of no competitions, numerous rule changes and a new vault routine she had only just started, Gaia performed brilliantly and won a silver medal overall.

The PE department have a great range of clubs available after school this term. From cheerleading to badminton, there is something for everyone. Please come and take a look at what’s on offer and do your best to get involved. 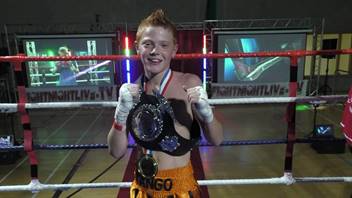 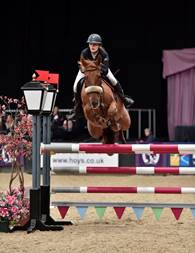 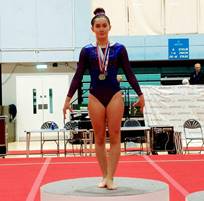