There have been a number of exciting success stories among our students over the summer holidays across a real range of sports. This demonstrates the highly committed nature of so many of the students and their passion for sport. Our Term 1 after-school club programme will commence on Monday 13th September giving all of our students the chance to take part in sport.

Year 9 student, William Wicks, was presented with an award by his football club, Sturry FC. This was in recognition of his outstanding performances in his team and this was even more impressive because he had been playing a year up all season.

Ex-student, Ronny Nelson, was signed by Premier League side Leicester City and featured in an under-23 game against Manchester United in August.

Katy Larkins and Lola Sanderson were both selected to represent the South East England Under-15 touch rugby team. They trained all summer with the squad and played in a national tournament in Oxford in August. The team came second place in their age group.

Ollie Scott took part in the School Games at Loughborough University with the British Para Triathlon Team. Ollie completed his quickest 300m swim which was followed by a 15-minute best effort static cycle and a 1500m road run. Ollie received a medal for his determination and self-belief in line with the School Games values.

Amber Clarke won a county closed event over the summer and will be part of the under-16 county squad for this winter.

Ludovica Bartelli performed really well winning competitions in Huntingdon and Droitwich. Ashleigh Hannah grew into the summer and had success in doubles and singles. She won the 18U Girl’s doubles at Sevenoaks. Bearing in mind, she is officially 12U this is a great result. There was also an all Appeti Final in the 12U draw at Gravesham with Ashleigh edging ahead of Ludo.

A number of our students have excelled and represented Kent this summer. Jaydn Denly scored two hundreds for the under-15 side and helped his club side, Whitstable, get promoted in the Kent League. Emile Haratbar, Max Wood, Ben Burgess and Henry Goss were all selected for Kent sides towards the end of the summer. Harry Fulton captained the Kent under-14 side and Will Cook was part of the under-16 squad before injury curtailed his season. Alexa Stonehouse and Darcey Carter featured in county and regional teams and Alexa was part of the senior Southern Stars squad who won a national title.

Year 11 student, Shem Onadeko, was invited to train at a prestigious national training camp run by ex-NBA player Hakeem Olajuwon. Shem was voted the most improved player on the camp. Lucas Rogers was selected to attend a Super Regional camp featuring the best under-15 players from across the entire eastern region 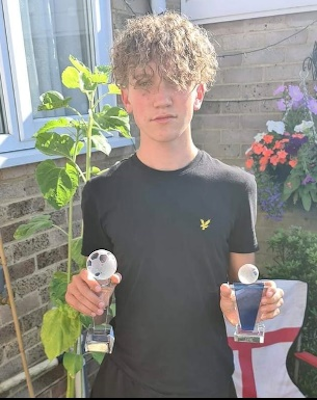 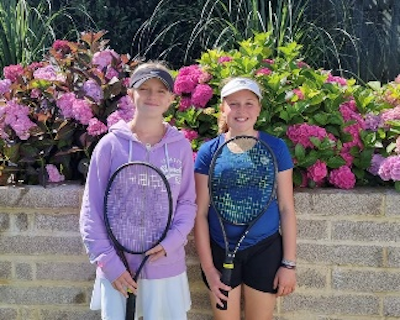