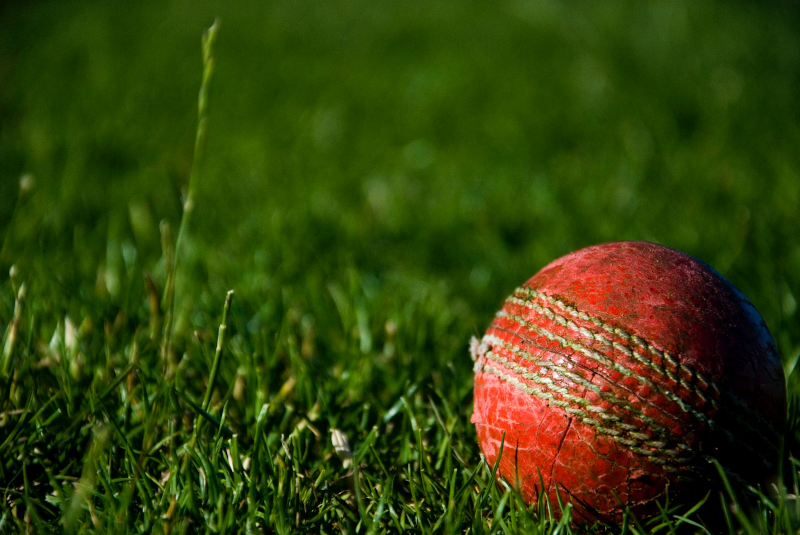 Two of our Sixth Form students will travel to South Africa at the start of January to compete in the Under 19 World Cup. It’s the first time the best U19 cricketers have come together from the women’s game to compete in an ICC Global Event. Alexa Stonehouse will represent England in the tournament and Darcey Carter will play for Scotland. Both girls have enjoyed excellent seasons and will play leading roles in their teams.

Darcey performed very well for Scotland this summer and scored an international hundred against The Netherlands. Her batting flourished towards the end of the summer, and she played very well in regional competitions across England. In several games, she rescued her side and scored valuable runs in difficult circumstances. She is a genuine all-rounder who bowls off spin and has caught the eye of national spin bowling specialists due to the energy she is able to create on the ball. She spins the ball more than most finger spinners and this gives her an extra dimension. She is also a very skilful fielder with an excellent throwing arm so she will be a key part of Scotland’s side.

Darcey will have the opportunity to play against India, South Africa and the UAE before a potential knock out game against Australia. 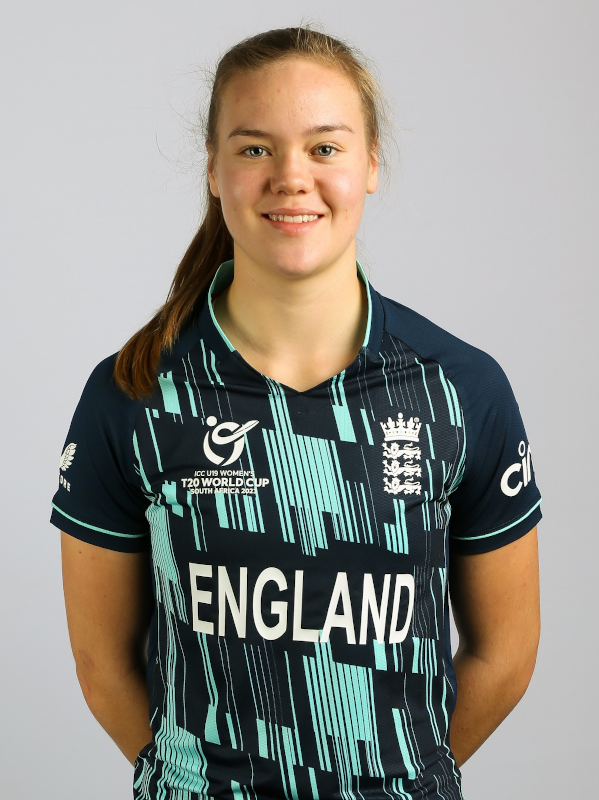 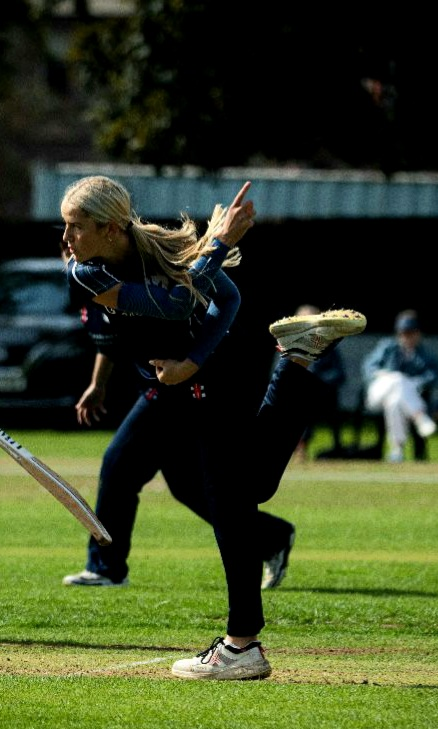 Alexa was part of the Trent Rockets Hundred squad this summer and despite not featuring for the side in the tournament itself, she had valuable time in an elite environment alongside proven international players.

She performed well with the ball for The South East Stars and was a key part of their summer campaign. Her left arm pace bowling is often used in the first powerplay and at the end of the innings, so she has to manage some high pressure situations. Alexa is also a very capable batter who plays positively in all forms of cricket. Her hard hitting style will suit the conditions in South Africa. England will be in Group B, alongside Pakistan, Zimbabwe, and Rwanda.

The Canterbury Academy’s Director of Sport, Phil Relf, has been impressed by the efforts the girls have made since joining the school.

“We have challenged Alexa and Darcey whilst they have been with us and even though they have occasionally had setbacks, their attitude has been generally excellent. They work hard at their games and have made real progress with their fitness. Our programme has been enhanced by their involvement and we are extremely proud of the recognition they have been given by their countries. We wish them both the best of luck and an England v Scotland game would be an interesting battle if it ever came down to that!”.

Both girls are part of the cricket programme at The Canterbury Academy and get the opportunity to receive daily support for their cricket alongside their academic qualifications. They have intensive training schedules that often see them travelling to South London for sessions with their representative squads. They played a part in The Canterbury Academy’s superb 2022 season featuring in the overseas success at a festival in Spain and in the national cup run that ended in defeat to Shrewsbury School in the final.

They have both worked very hard at developing their skills and fitness over the last twelve months and have committed fully to the opportunities presented to them. The tournament will be a fantastic experience for both of them.