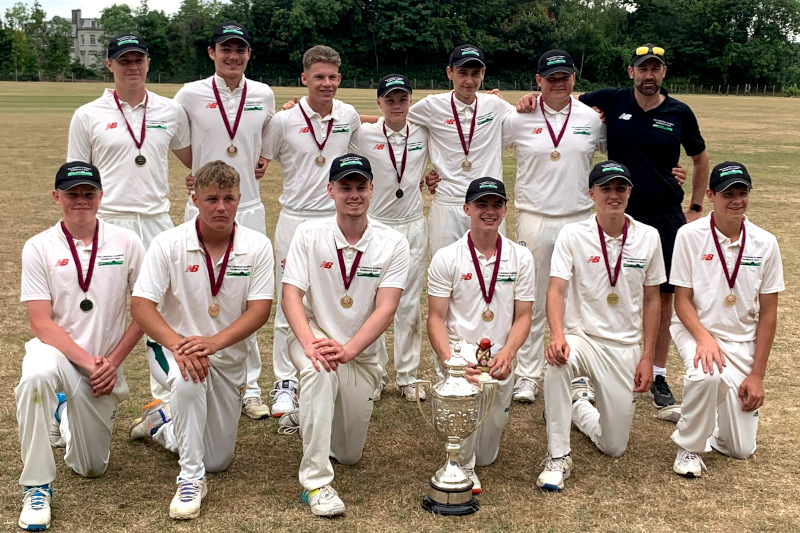 Our cricket programme has flourished this term with senior school teams excelling in county and national competitions. The season began with the under 18 side travelling to Spain to play in the very first Hundred competition for schools. This competition was organised by The Cricketer Magazine and featured three leading independent schools. Our team adapted well to some challenging conditions and even though we lost our second match against Scarborough College, our victories against Winchester College and Radley meant we finished as winners of the tournament. Despite rain ruining the final two days, the trip proved to be a crucial team building experience and allowed us to work on some key tactical plans.

This season, we entered The Cricket Paper’s national under 17 cup for the first time. This features some strong cricket schools and after a comfortable victory over The Langton in round one, we faced Bedes School in Sussex in round two. This was a challenging fixture and Bedes have an excellent reputation for producing professional players. Despite this, we won a tight game and progressed to the third round. The win at Bedes gave the entire team a lot of confidence which proved essential in the next game against Epsom College. Epsom featured a number of players involved in Surrey’s pathway and at one stage, they looked like they were going to win easily. They were 105-3 chasing 153 and the game looked over but some inspired bowling and fielding created a real panic in Epsom’s batting ranks and we won narrowly by two runs. We faced Bradfield College in the quarter -final and on a warm day, we finally posted a decent score when batting first. A brave and innovative innings from one of Bradfield’s batters meant the game was in the balance until the final two overs when again we demonstrated how skilful and calm we had become under pressure. we travelled to Winchester College for the semi-final and the batting unit produced their best performance of the season. A decent score forced Winchester to play very positively up front and at one stage, there was a chance that the team could have been blown away but a key wicket and a well drilled fielding performance meant we won relatively comfortably in the end. We are due to play Shrewsbury School in the final towards the end of the summer which represents something very special for our school.

National success was complemented by county success. The under 18 team enters two competitions and we won both of these in mid-July. Our first final was against Sevenoaks School which we won by 121 runs and the second final against Langley Park School was won by 45 runs. To do the double in these county competitions is another fantastic achievement and is down to the depth in our senior squad. For the second final, we were without eight players due to call ups for representative cricket, school trips and illness but the spirit of the squad has been strong for some time and they pulled together to produce another excellent performance.

Lower down the school, we have not been able to replicate that success but there have been some encouraging performances by several of our lower school students in club, area and county cricket. We now have a significant number of students who have represented their county but just as important, is the increasing involvement of students who had never played cricket before. We will do all we can to generate more opportunities for these players next year.

This summary of our season gives a taste of what has been an exceptional summer. It has been a team effort across the board from the students but also from an incredibly supportive staff and a very committed coaching team that we now have in place. We will continue to build cricket at The Canterbury Academy and a recent partnership with The Root Academy enables us to provide coaching opportunities for primary schools next year. 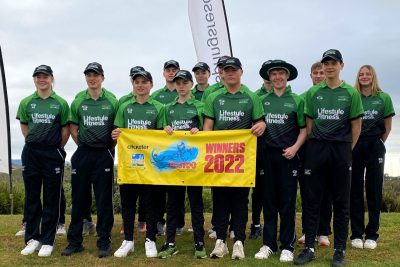 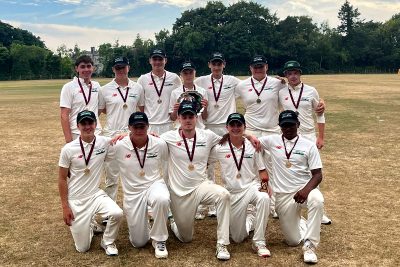