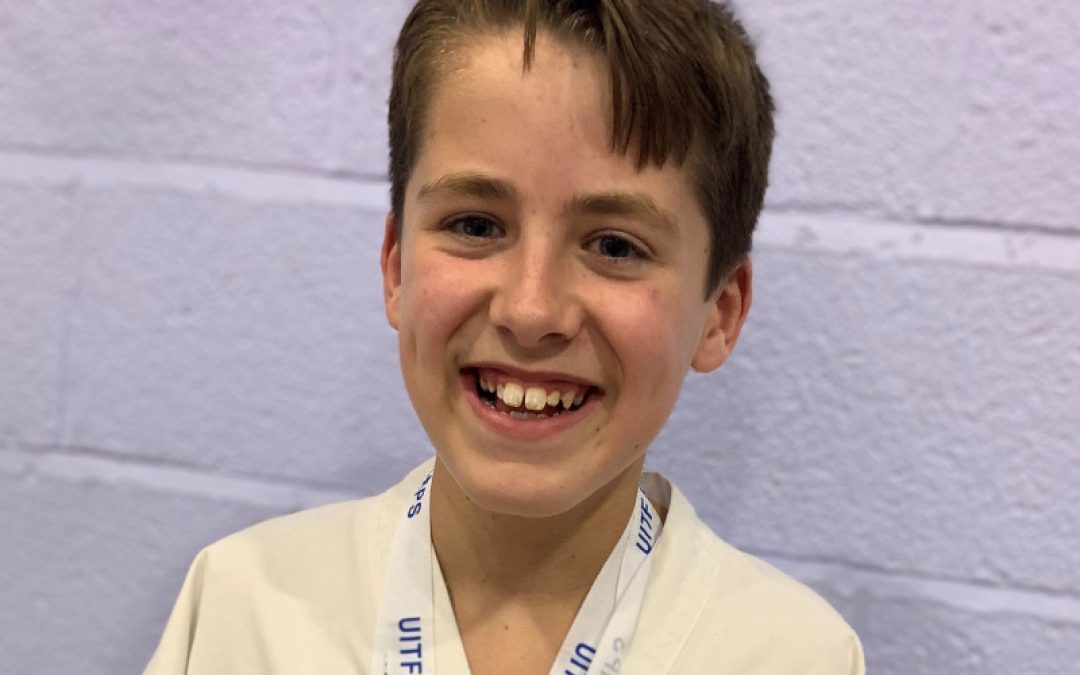 Patrick recently represented his club in the UITF English Kick Boxing Championships in Derby. He did brilliantly and won a gold for sparring and a bronze for his patterns and this is great preparation for the 2019 World Kickboxing Union World Championships, which are being held in Bregenze, Austria during October.

Patrick has been part of our specialist Key Stage 3 sports mentor group for committed sports students and has worked very hard on developing his skills and fitness.

Year 10 student, Lily Cook had trials for England Golf under 16 at Hever Golf Club recently and she has just had confirmation that she has made the squad. Lily plays and trains regularly at Boughton Golf Club and has worked very hard on her game this year. We have been able to devote specialist time on her timetable to provide her with extra opportunities to develop her golf. Lily’s success is well deserved for her outstanding commitment this year.

We have a strong partnership with Boughton Golf Club who run our 6th Form Golf Academy programme and future 6th form students interested in accessing the excellent opportunities we can offer, can find out more information

School Football Round Up

Several school football teams have played this week with our 6th Form side continuing their excellent start to the season with a 6-0 win away at Sandwich Technology School. Another hat trick from Obi Okeke contribute to an outstanding team performance. Our Year 9 side were knocked out of the county cup by Dane Court in a tight game that finished 1-0 to the opposition. Our team bounced back well by defeating QES 2-1 in the district league on Thursday afternoon. The Year 8 team drew 2-2 with Barton Court in an entertaining game on the front pitch on Tuesday and our Year 7 team won their first ever school match 1-0 against a very strong Barton Court side. Louie Maynard-Wallis grabbed the winner in the first half but it was a resilient defensive performance that provided the team with a win. Robbie O’Sullivan in particular demonstrated leadership and marshalled our defence brilliantly

Year 8 student, Amber recently played in a national tournament at Millfield School which attracts the top squash players in the country.

Amber came fourth in the end losing in the semi-finals 3-1 to Charlie McCrone who is the England Number 1. Amber was the only person in the tournament who took a game from Charlie.

The netball teams have had another busy week and despite the actual results not being that positive, we have been very impressed by the way the girls have committed to their matches and in the face of adversity on Thursdays against a very strong QES team, our Year 10 girls demonstrated great team spirit and togetherness.

Across all of our extra-curricular sport, we are working very hard on demonstrating honesty, commitment, resilience, respect and leadership. These girls represented the school brilliantly this week and were a credit to themselves and the school.

The Year 8 Basketball team played their second game of the year this week. After a big win last week against BETHS Grammar School, they faced Northfleet Technology College on Thursday. The game was really fast paced from the start and we showed some first half nerves as the teams traded baskets. In the third quarter, the team turned the game around and some big baskets from Caleb Thompson and Hayden Cook really blew the game open. The final score was 51-20 to us.