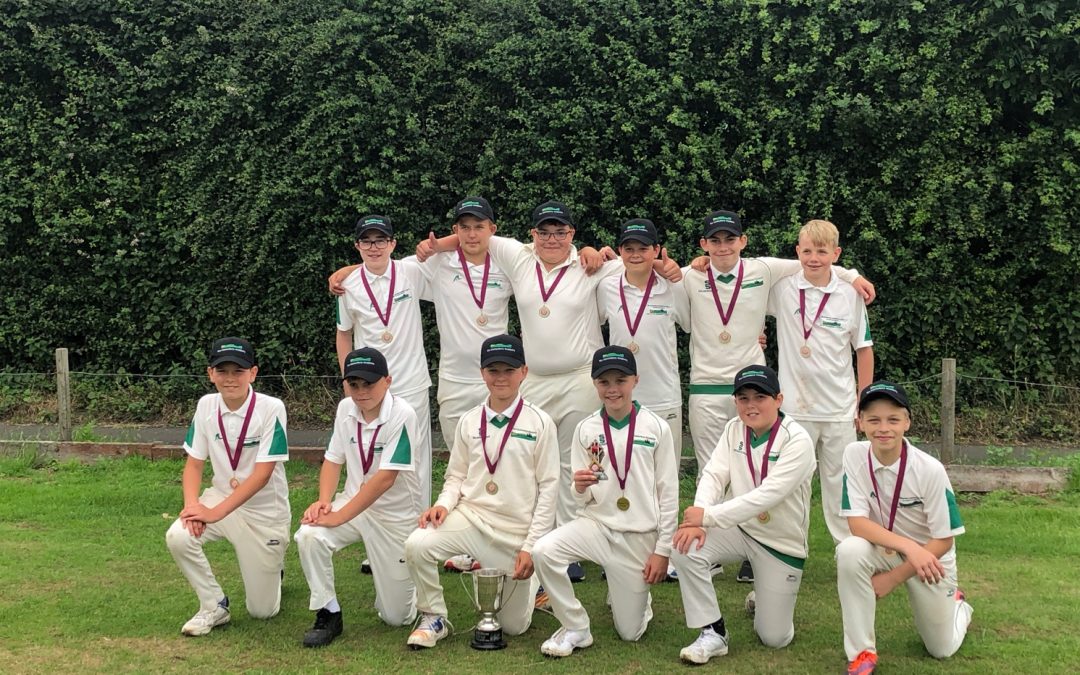 Canterbury Academy’s under 13 cricket side defied the odds and beat a strong Sir Joseph Williamsons School in the county cup final on Wednesday 26th June.

Read the coverage in “The Cricketer”

The game was tough due to the nature of the wicket which made batting particularly challenging. Our team were put into bat and we made a reasonable start due to positive batting from Josh Julian and Jaydn Denly. Denly planted the opening bowler over his head for four in the second over to get the innings going but having put on 20 for the first wicket, Denly was beaten by an excellent delivery and clean bowled.

A steady partnership between Josh and Harry Fulton steadied the ship but a middle order collapse meant we fell to 63-7 off 20 overs. Josh was very well caught having made 20.

The eighth wicket partnership proved to be crucial as Harry found a stable ally in Laurence Taylor. The pair put on over thirty runs in an excellent partnership before Harry was run out in the last over for 39. A final total of 103 was probably below par but having been in such trouble earlier, the team were relatively happy.

During the interval, the team were encouraged to go and “make history “ by a slightly emotional coach. We opened the bowling with our spinners in a cunning plan designed to disorientate the opposition.

The plan did not work initially with SJWMS getting to 20-0 off the first 5 overs but an incredible spell of bowling from Harry Fulton literally “turned” the game. Harry took four wickets in his six over spell and knocked the top order over. Josh Julian and Harry Beer continued the pressure and at one stage, the opposition were 52-9. A final wicket partnership prolonged the game but a diving catch from Josh ended the innings and we won the game by 35 runs.

This is a significant achievement. Very few schools outside the independent section and grammar school cluster in Kent enter these competitions. To go and actually win it is pretty impressive.