Three Canterbury Academy students in county cricket side over weekend 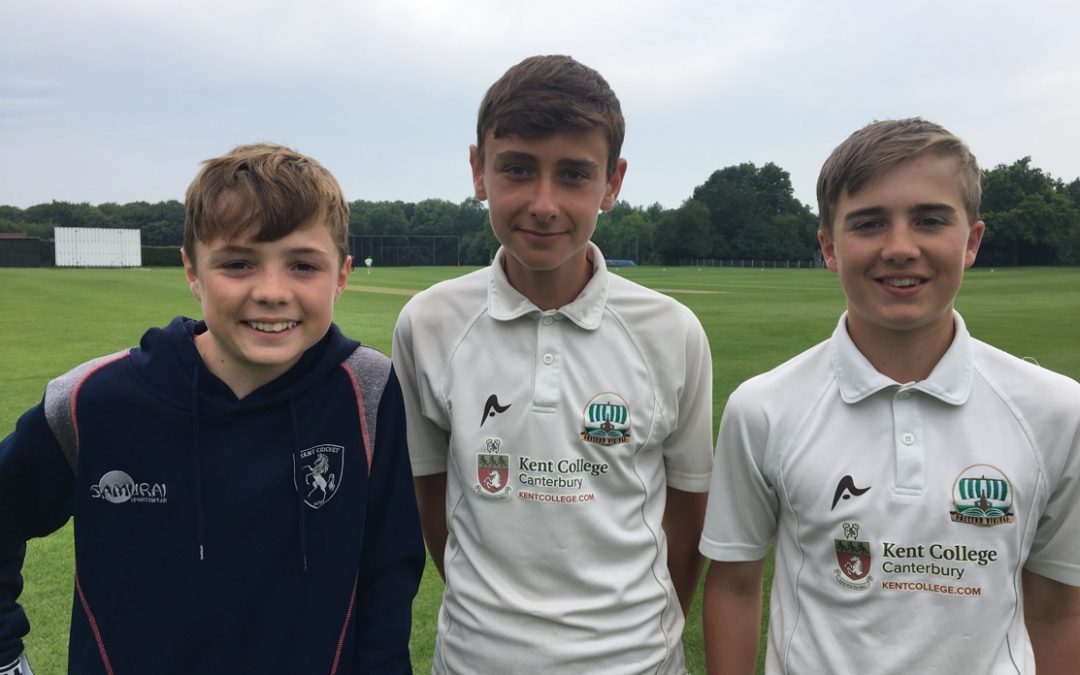 Three of our junior cricket academy players represented a Kent Cricket under 14 side over the weekend. Will Cook, Freddie Fulton and Henry Goss were all selected by the county for a game against a strong London under 15 side at Hartley Cricket Club.

London dominated the game and won comfortably but the trio of players all performed credibly with Will and Henry sharing some wickets and Freddie keeping tidily.

Not many Kent players fared too well with the bat but Henry performed relatively well in a low scoring total.