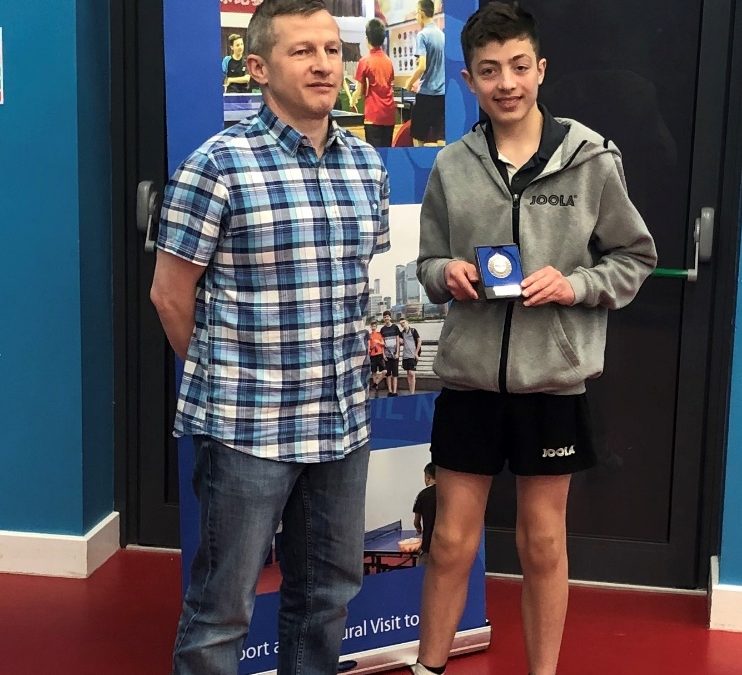 The Easter holiday saw some significant successes for our students in their sport.

Will Ovenden won the Bayford Meadows Kart Club junior winter championship winning four out of the five rounds. He only missed out on winning every round by a single point. This is an excellent achievement for Will so please congratulate him when you see him around school. Will is pictured on the podium at the end of the competition.

Jack Wimble-Roberts had a trial for the England under 18 bowls squad and will find out whether he has a place in the full squad very shortly.

Lewis Marsh competed in national table tennis tournaments at Sycamore and won the junior event beating a player ranked over one hundred places above him in the country. Lewis is pictured receiving his medal.

Dan King has been extremely busy with his clay shooting. He came first in The South East Region Sporting Championships and on the same day he shot in the Sportrap competition coming first in the Colts category.

Over the holiday, he competed in his first national competition at The Essex Masters. Dan managed to hold on to second place which is a fantastic effort and reward for his hard work and dedication. He had his Olympic Skeet Pathway over Easter and he will shoot in The English Open at the end of May. Please wish him luck when you next see him.