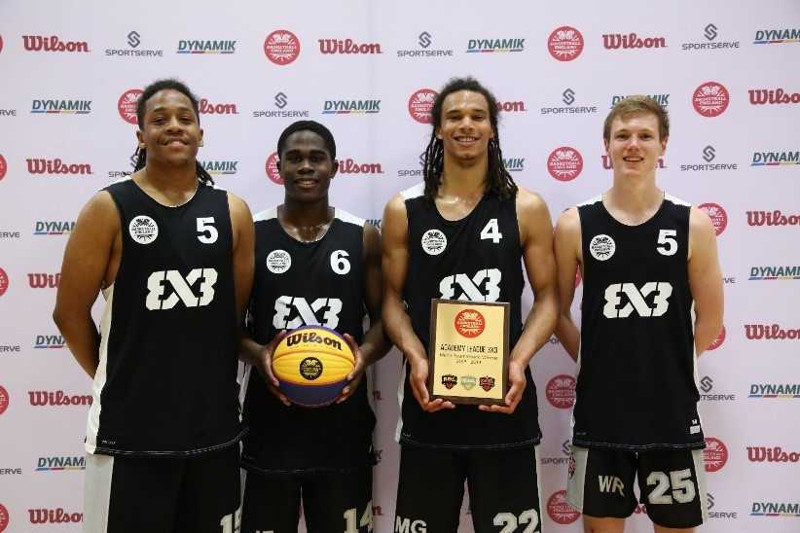 Milo Gordon, Joshua Moore, Jonathan Fakile and Will Raife who are all part of the sixth form basketball academy left Canterbury on Wednesday 22nd  May at 5.00 am to head for Manchester to compete in the Basketball England National Academy 3 v 3  competition.

After losing their opening two games, the boys bounced back to win five in a row before losing to pre-tournament favourites Charnwood. After finishing the round robin, we ended up third in the group and faced Derby in the quarter final. With a great shooting display, we advanced with a 21-9 win. We then met Manchester Magic in the semi-final and after a good defensive start, we led 7-1 but the local team fought back. However, our team showed great resilience to end up winning 18-14.

In the final, they faced a very athletic and skilful Copleston team from Ipswich. Momentum was with the opponents until Milo Gordon came down the lane and dunked it hard to put us up by one point with just two minutes to go. The teams then traded baskets until Copleston missed on the buzzer to leave The Canterbury Academy as national champions.

Coach Davies had this to say about the sides performance:

“I am really proud of what the guys did today as they coached themselves, came up with their own scout and  found solutions for each game. They won with real class and represented themselves, the school and their club really well.”